The American Kennel Club (AKC) lists 150 breeds, and there are hundreds more. In a recent ranking, here are the top 10 most popular breeds. Let’s look at each dog’s most recognized qualities and characteristics. 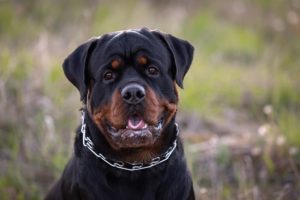 This breed shares some commonality with the German Shepherd. They both originated in Germany, are excellent working dogs, guard dogs and companions. Both breeds thrive on training and vigorous daily exercise. The Rottweiler, named after a town in Germany can be traced to the days of the Roman Empire, when the travelling legions used them to herd their cattle which they brought with them as food for the armies. Later the Rottweiler was used as a drover to haul meat and other products to market. The breed is steadily gaining in popularity, having climbed from number 17 in 2006 to its present 10th place.

Dachshunds tend to be aggressive towards other animals and strangers and at times towards their own owners. Some are quite stubborn which can make them harder to train. They are, however, known for their loyalty towards their owners. The Dachshund is not recommended for families with young children, unless the former is trained and the latter well-behaved, for they’ll readily bite if provoked. 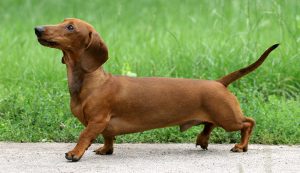 A brown dachshund standing on the grass

The Poodle comes in Standard, Miniature and Toy sizes. The Standard is a full-sized breed, while the Miniature is not actually “miniature”, but medium-sized, and the most frequently bred of the three. The Toy Poodle is the smallest, and measures 10 inches or less at the shoulder.

Although in the number 8 slot this year, the breed was number one from 1960 to 1982. One of the reasons for this popularity may be the Poodle’s hypoallergenic coat (not necessarily allergen-free, but enough so to legitimately be considered hypoallergenic), and the fact it doesn’t shed. These attributes have given rise to popular crossbreeding to produce Labradoodles, Cockapoos, Maltipoos, and Schnoodles among others, dogs that may retain the benefits of the Poodle coats, at the same time as adding some desirable characteristics from other breeds. The Poodle is a water dog, originally bred to flush and retrieve game from the water. In addition it performs well in competition. Woman is holding her poodle dog 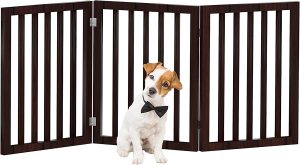 The Boxer was originally bred in Germany as a retriever. It is a much-loved breed especially as a family pet, since it gets on so well with children. It thrives on having a companion, human or canine. Beautiful pet boxer sitting at summer park.

The Boxer’s nature is to be affectionate with its owners, but initially suspicious of strangers. It is an excellent guard dog, who will defend its territory fearlessly. The breed standards established by kennel clubs for the Boxer have traditionally called for the cropping of ears and docking of the tail, but with growing opposition from veterinary associations to these practices in recent years, some of these standards are being modified. The Boxer is an intelligent, energetic dog, and because of these qualities, hearty exercise is a must. In addition, the breed trains well and has demonstrated his abilities as a show dog and as a working dog. 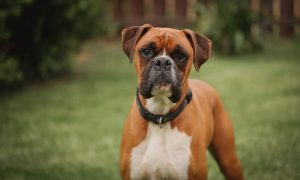 As a symbol of solid determination, the English Bulldog is often used as a mascot for universities and other organizations

The breed has short legs and a “smushed” face with folds of loose skin. It has a strong, affectionate

nature and is quite protective, making it an excellent family pet. Since it requires only moderate exercise, the Bulldog can be a good choice for apartment-dwellers. There has been a steady increase in the breed’s popularity in recent years. 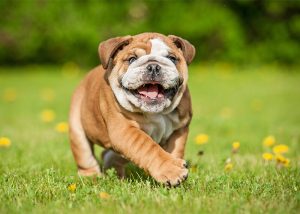 The Yorky is a small breed with a big personality that has stayed at the top of the 10-most-popular list for several decades.

The breed gets its name from its origins in the county of Yorkshire, in the north of England, where the breed was developed in the 1800’s to help keep down the rat population. Yorkies are very protective and their inclination to bark a lot may need to be tempered with training. However, training a Yorkshire Terrier is not always easy, since they tend to have an independent streak. The Yorkie is a Toy variety of the terrier, and is known for its small size and long silky hair, which it sheds minimally. 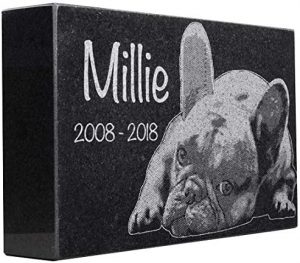 This perennial favorite has consistently ranked high on the AKC’s list of top-10 dogs. It enjoys similar popularity in Australia and the United Kingdom.

The Golden Retriever is a medium-sized dog, and is considered by many to be the ideal family pet. Friendly and obedient, the “Golden”, as he is often known, is the ultimate fun-loving creature, never tiring of romping and fetching especially if it’s around water. The Golden also does well as a guide dog and in search and rescue operations. Originally bred as a gun-dog (another name for retriever), it is known for its ability to retrieve ducks and other game intact. Notwithstanding its name, the Golden Retriever comes in various shades of gold and cream. 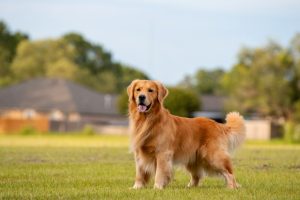 This beloved breed is the only one to have ranked in the top 10 since its acceptance to the AKC registry in 1885. It took over the number three position this year from the Yorkshire Terrier.

To many, the beagle is the epitome of cuteness with its velvety ears, freckled muzzle and puppyish ways. It has an acute sense of smell, hence its former popularity as a hunting dog. The beagle is known for its insatiable curiosity, so owners need to take steps to insure that their pet doesn’t run off in search of adventure! 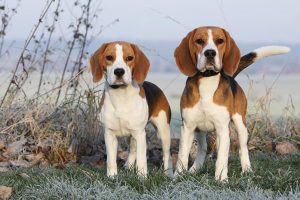 A Starring role as Rin Tin Tin in the movie Man from Hell’s River,

brought immediate popularity to the German Shepherd Dog in the 1920’s. In addition, servicemen returning from both World Wars brought additional acclaim to the breed, having seen them in Europe where the Shepherd saw live action on the German side. In 2012 TIME magazine named a German Shepherd its distinguished “Animal of the Year” for its role in taking down Osama bin Laden with Seal Team Six. Since this website, GermanShepherdPlace.com is all about the breed, we invite you to look to our many articles on the GSD for more information. 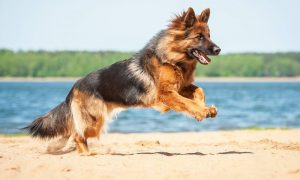 Read More:   Can You Shave Your Shepherd Dog?

Americas top dog for 21 consecutive years! The “lab” as he is known for short, comes with three different coat colors: Yellow (“golden”), black, and chocolate. The breed is active, intelligent and easy to train and makes a loyal and protective family pet. Because of its background which was originally as a fisherman’s helper, one of the favorite ways for the Labrador Retriever to release its plentiful energy is by retrieving things, and playing in the water.A Message from the Publisher 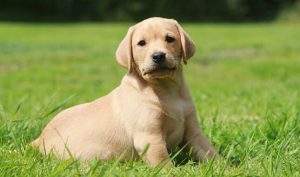 We’d enjoy hearing from you!

If you have a moment, let us know what you liked about this article. Plus, share your suggestions – we would value your input. Post comments below, or write, contact@germanshepherdplace.com. 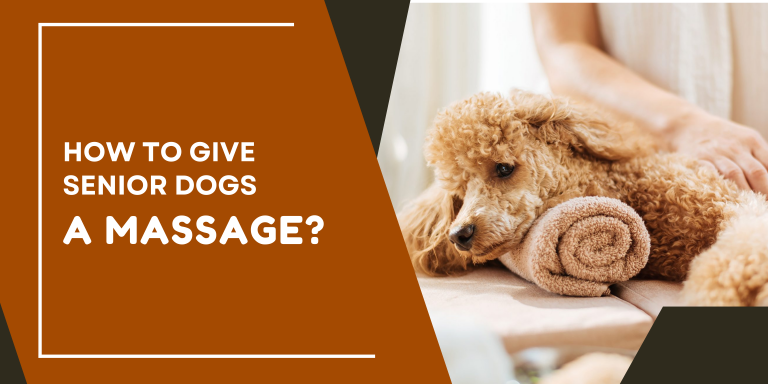 Your pet’s emotional and physical health can benefit from what you might think of as a luxurious spa service. Dog Massage therapy may improve circulation, lessen pain, lessen tension and anxiety, and deepen your link with your dog.  Detecting new developments at an initial point can also be beneficial.  An essential component of an aged… 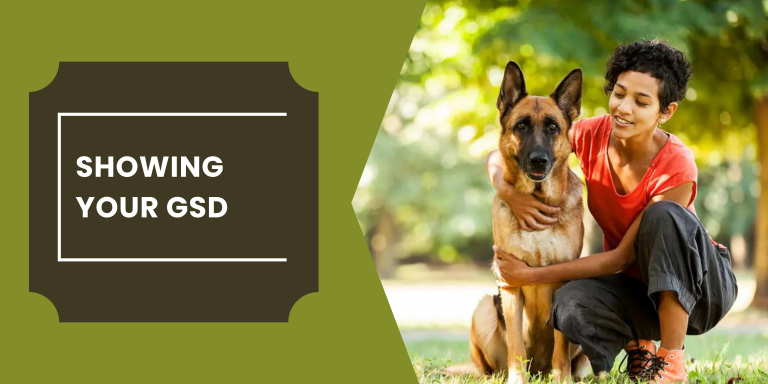 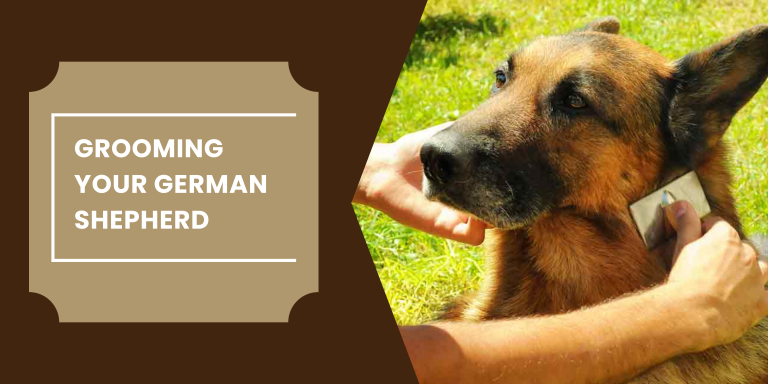 Setting up a regular dog grooming schedule for your German Shepherd 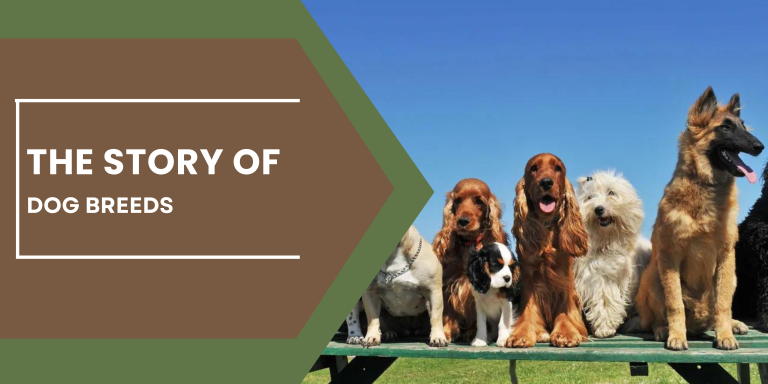 Every dog breed is said to be a subspecies of the Grey Wolf (Canis lupus); so goes the theory.