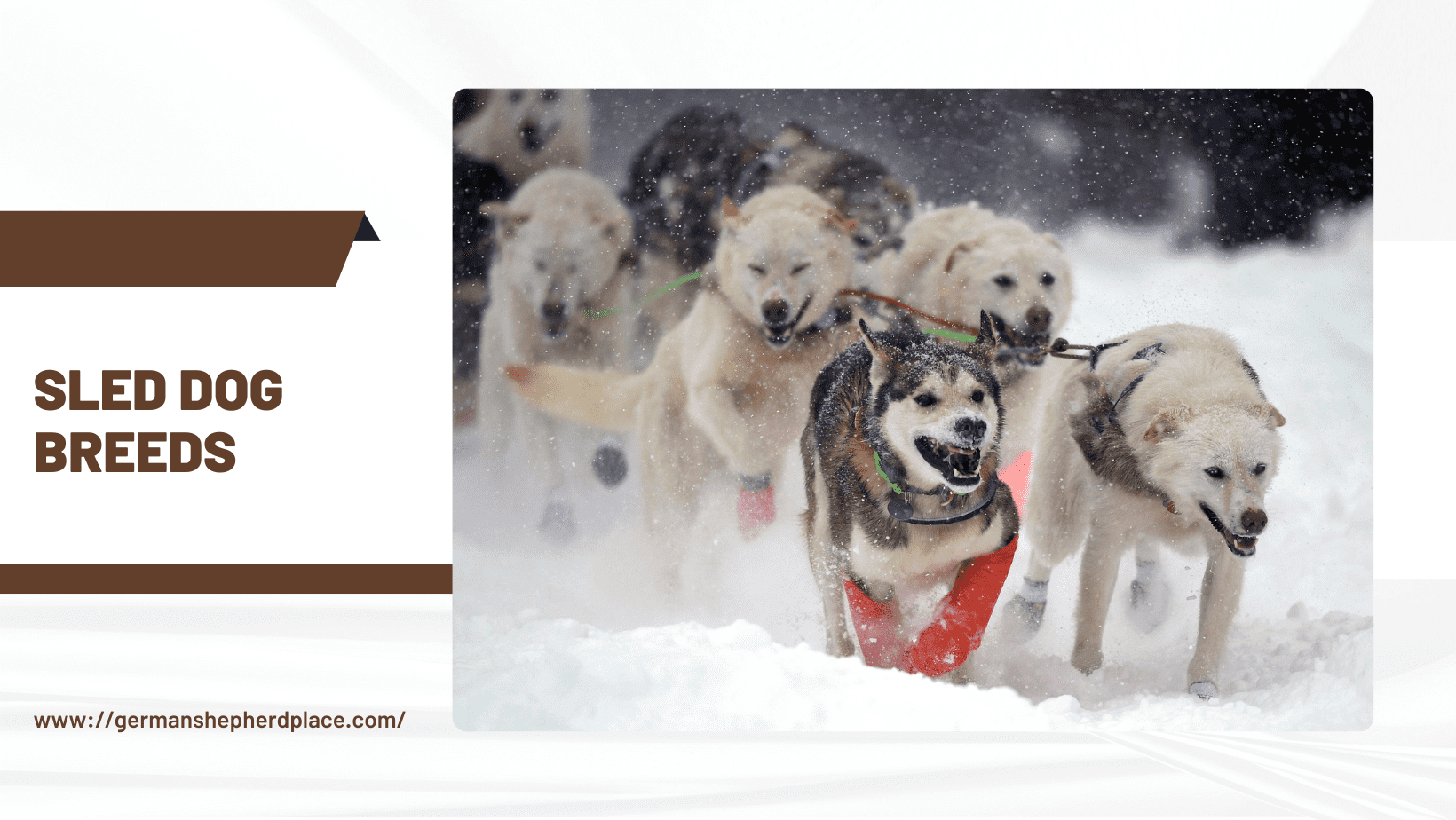 Various breeds of dogs have specific traits that are beneficial for humans. Some dogs are best suited for field work, such as farming, while others are better suited as spy dogs that perform their duties with the police and military, some are good as house guards, and many of them make good companions. Similarly, some dog breeds can withstand temperatures below freezing and can tolerate harsh freezing environments. Their unbelievable endurance, a bundle of strength, and amazing abilities make them the best to work in cold temperatures, which other animals can’t do. They can be your lovable pet in addition to working in freezing temperatures. The blog will provide you with enough information about such breeds that you can put in harsh freezing climates, but first, we will briefly discuss the history of sled dogs.


What is the history of sled dogs?

Sled dogs are thought to have evolved around 350,000 years ago in Mongolia. Most historians believe that humans first migrated to the North Arctic with their dogs about 20,000 to 25,000 years ago, where they engaged them in work such as pulling sleds.

What is the list of the best sled dog breeds?

Here is a list of the best dog breeds we will discuss for pet owners living in colder climates worldwide.

Canadian Eskimo Dogs are one of the strongest, biggest, and most unmistakably loyal dogs that evolved almost 4,000 years ago in this world. They are specifically made to hunt and run in difficult terrain. They are strong enough to cover a long distance with heavy loads.

Canadian Eskimo dogs are also known as Canadian Huskies or Kingmilk. Due to human negligence, it is now an endangered breed of dog. However, it is still found in different cold regions of the world. The masculine in them is stronger and more capable of working than the feminine.

Besides physical labor, these are also caring, loyal, and loving in nature. They are too alert for any incident, so people also pet them as guard dogs.

The breed is named after the Samoyedic tribe, as it was the first pet there long ago in Siberia. They have remarkable herding abilities and can be used as herding dogs.

They appear to be medium in size with their short legs. Due to their friendly relationship with human beings, they cannot do the best guard job for your home. However, it can alert you by barking if something seems abnormal. Loyalty, being well-trained, and being obedient to the owner are the essential traits of Samoyeds. The dogs can tolerate harsh climates and are used to sleeping on their owners’ laps. The breed is not capable of covering several miles.

Siberian Husky dogs are the most famous and well-known dogs among all breeds. A fluffy, thick, hairy coat and a medium size make them lovable and pretty. Furthermore, their unusual ability to run and work at freezing temperatures is noteworthy.

It is a rare breed that loves to spend time with dogs more than humans. Their endurance is so high that they can easily sleep in the snow, which I have not seen in other dogs as most of them love to sleep in their owner’s lap or on a warm, cozy blanket.

The dog was the first to come as a sled racing dog to Alaska; since then, they have become well-known as one of the best breeds of a sled dog.

A well-balanced American dog that is good at sledding; however, they have yet to be used for this purpose for ages. This breed is too caring, loveable, and affectionate and can play all day with your children without harming them. Their too-friendly nature sometimes prevents them from completing the task on time. These dogs are well adapted to any training and can understand your will in no time. They do not start barking while meeting strangers, although they remain reserved.

They were used to transport luggage to different regions but later worked as sledding dogs.

They can pull much weight diligently.

The breed is also known as one of the oldest breeds of sledding dogs. Due to their resemblance to wolves, it is obvious that they must have a phylogenetic link with wolves, but they are not known as wolf hybrids. As the name suggests, the breed originated in Alaska with the Mehlemut tribe and is well-suited to sledding and other side tasks.

Though they are not too swift, they are constant enough to maintain that speed without slowing down. That’s why we recommend it as the most preferred dog for carrying heavy luggage from one place to other. Due to their extreme attachment to humans, they are not a good guard for your home. They are unmistakably loyal and love to spend time with their owners.

The breed is not pure; instead, it is an inducing breed, which is why the American Kennel Club does not describe it. The breed is a successfully induced mating between a Siberian Husky and a German Shepherd that results in a new canine. However, the researchers believe that Canadian Eskimo Dogs and Samoyeds are also possible ancestors of this advanced breed.

If you have ever watched Game of Thrones, you must know the importance of this breed. The Inuit dogs were used there as dire wolves.

Their wolf-like appearance, hardworking abilities, and remarkable intelligence make them one of the best sledding dogs. Besides these qualities, they are too loyal to the owner and his family.

If you are a dog lover, it will surely be unfortunate that the breed went extinct in 2012. It was the oldest sled dog breed, yet it is estimated that there are only seven of them left worldwide.

The origin of the Sakhalin Husky was in Japan several thousand years ago. Although extinct, they served humans well as loyal, energetic, hardworking, and caring companions.

Their appearance somehow resembled the bear due to their head shapes.

Read More Entry: How to Make an Adjustable Martingale Collar for Dogs

You can also call this breed Huskador or Labsky; however, to this day, when I am writing this blog for you, there is much controversy about the name of this dog.

According to some dog experts, the Labsky is a cross between Labrador retrievers and Siberian huskies. Yet, some declare them a pure breed. Nevertheless, the controversy is still going on.

These dogs, regardless of breed, carve out a niche as excellent sledding companions. Their brilliance and supremacy in strength, friendly behavior, and understanding abilities are also well-known as characteristics of a loveable pet for your family.

It is obvious from the name that this breed is native to the Greenland region. Due to its physical appearance, it is considered to fall between the Siberian Husky and the Alaskan Malamute. Due to their high level of independence, Greenland dogs continue to serve as the primary mode of transportation for hunters and tourists. Their freezing tolerance capacity makes them a powerful and admiring breed. This feature is due to a bundle of hair throughout its body. Their bushy tail and well-insulated feet keep them warm. However, they are rare in abundance but are not extinct like Sakhalin Husky, as we mentioned above. It is also ancient, and its past is hazy; its origin was also from Siberia.

Although Greenland Canines are sociable, they don’t exhibit affection to strangers as the Siberian Husky, and many other dogs on this list do. It only shows devotion to the owner. Given that it has a similar degree of energy as the other breeds on our list, you should be ready to put in much effort in the gym. When you’re already worn out, this breed could start.

What are the traits a sled dog must own?

Togo was awarded the most valiant animal of all time by Time magazine in 2011: “The dog who frequently receives credit for ultimately saving the town is Balto, although he only happened to run the final 55-mile leg in the marathon. Togo, one of the sled dogs, was responsible for most of the effort.

Any dog used to pull a sled through snow and ice in Arctic regions is called a “sled dog.” The Siberian husky, Alaskan Malamute, Samoyed, Eskimo dog, and Laika are the breeds most frequently associated with this activity. They are all big, strong dogs with thick coats and excellent stamina.

Since 1991, the Labrador Retriever has held the top rank, making it a crowd favorite. It is due to its beauty and understanding capabilities. Moreover, it has a close relationship with humans.

Read More Entry: How to give senior dogs a dog massage?

The article has covered the majority of the sledding breeds. One should know sledding dogs before going to purchase them. Besides buying a sledding dog, one should also be aware of sledding dogs’ diet and health care. 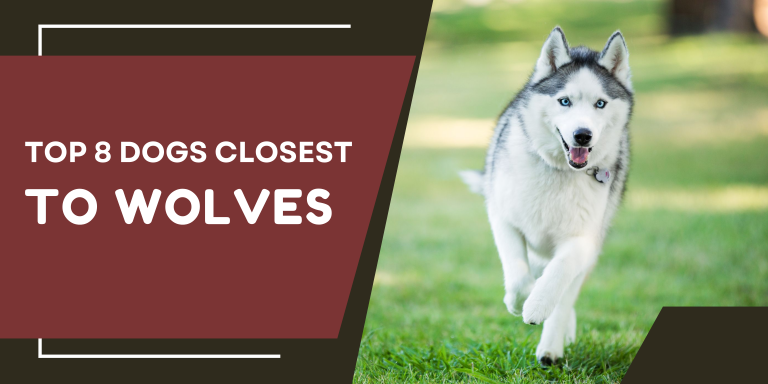 According to different scientists and researchers that gather the fossils and remains of dead organisms, wolves and dogs share the same common phylogenetic relationship. Almost 15,000 years ago, dogs emerged as a separate breed, but before that era, they were considered wolves. Even today, dogs resemble wolves more than any other animal. Particularly, several…

If you are looking for a dog to adopt as your family member. This article is written for you. We brought to you some of the best available adorable beautiful dog breeds. You can pick one. This will help you a lot to choose the right breed for you. Let’s look at those ones by… 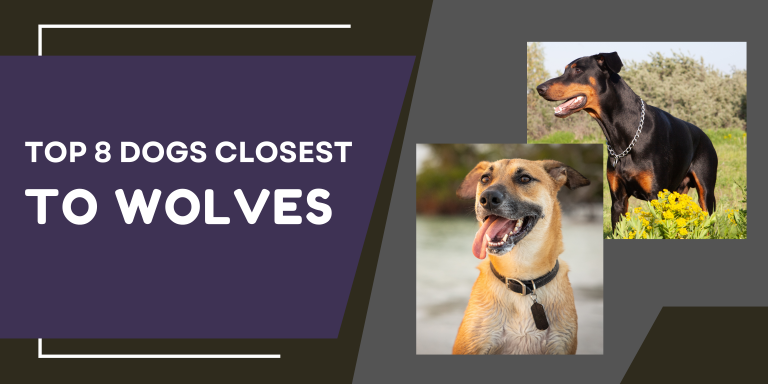 Dogs are not only born to provide good companionship with you and your family but they are also considered hardworking animals that can help in every field, such as assisting you in doing home chores or assisting you in shopping. Most importantly, they prove to be good protectors and energetic guards who are willing to… 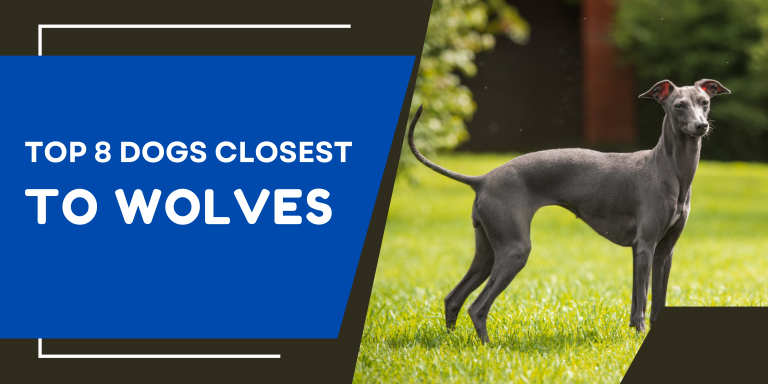 Are you looking for skinny dogs that will match all the characteristics of a standard dog but contain less weight and have a more svelte appearance? You may become bored with traditional obese dogs and desire a change regarding this. The article will provide you with multiple breeds of dogs, including those with tall or…

Breeding, competent veterinary care, and conscientious homecare all have a role in the health of your dog.